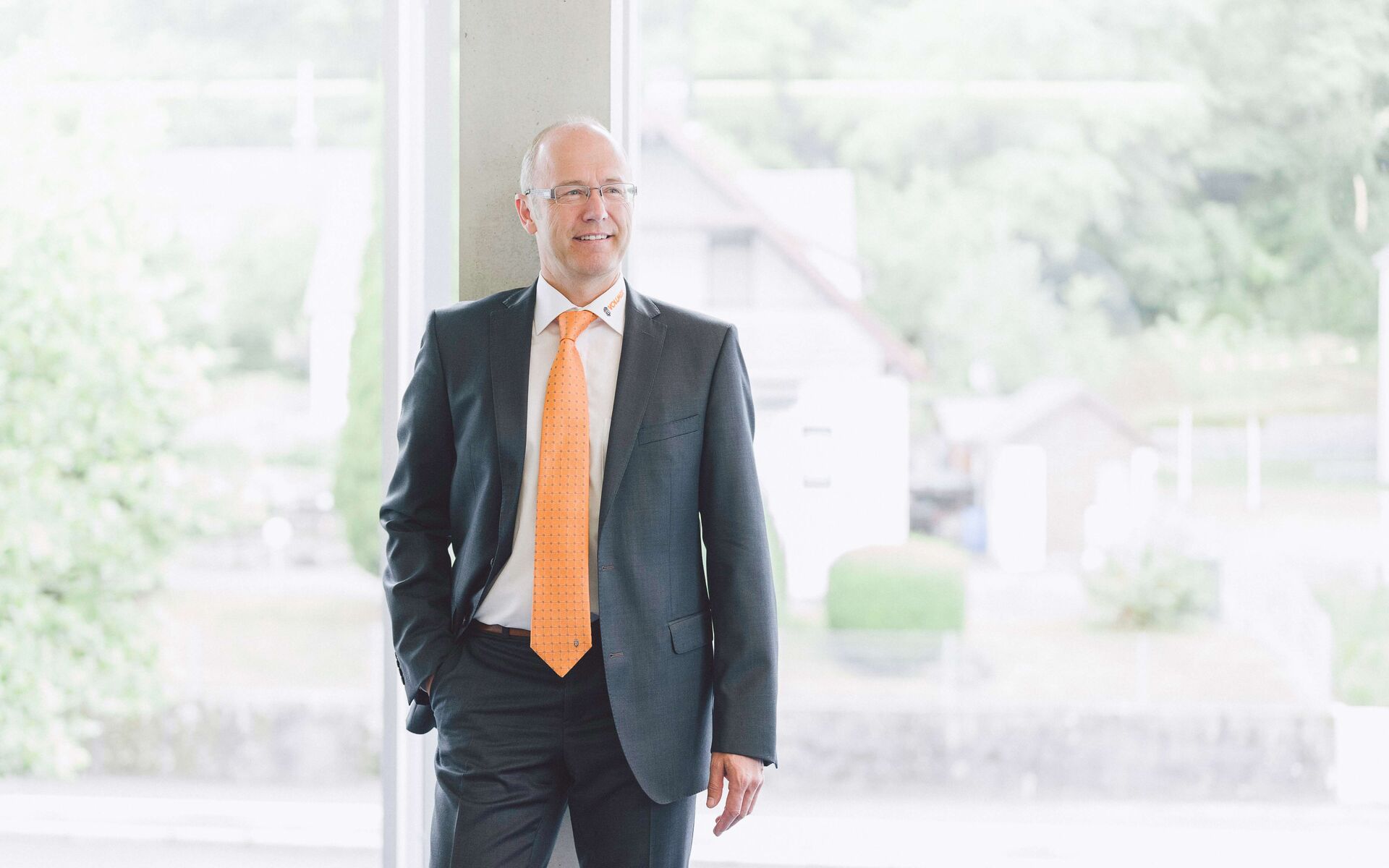 The service department or customer service usually only gets its stage when machines are already in use. At VOLLMER, however, the experience and know-how of the service and application engineers are very important in the development process. They are among the first to work on a new machine and must be convinced of the concept. Wolfgang Miller, Head of the Services Department at VOLLMER, explains why the Service Department is therefore involved in the development of the VLaser 270 from the very beginning.

Editorial team: Mr. Miller, how does the service department prepare for the introduction of a new technology?

Wolfgang Miller: At VOLLMER, we always make sure that we prepare ourselves as early and intensively as possible for new technologies, processes and machines. We are already part of the project team during the development process of a new machine and when new technologies are introduced. That's why the subject of laser processing is not really new to the service staff, but has been known for some time.
Specifically, we first dealt with the theory of laser processing: Several courses and training sessions have been completed, among other things on topics such as laser safety, laser safety officers, etc. The second step was to look at the application on the machine. There as well, we were basically involved in the first prototype and also in the first attempt on the machine. This means that we have been dealing with the new technology in the area of service and application technology for quite some time and are well prepared for the new challenges.

Editorial team: To what extent has the service department already influenced the development of the VLaser 270?

Wolfgang Miller: At VOLLMER we have established processes for the development of machines in which all departments are involved from the very beginning and have specific tasks. We have thus achieved the best possible accessibility in the machine for the service department in case of a service case. At VOLLMER, great care is taken to ensure that any replacement of wearing parts can be carried out as easily and quickly as possible. Naturally, topics such as transport of the machine to the customer or the required floor space were also taken into account.

Editorial team: What was the biggest challenge, you or your department had?

Wolfgang Miller: There is no specific point that stands out. The entire project or the entire new technology was and is a very exciting new field with a lot of new findings, which we had not all known and expected in advance. If there is one specific point I should emphasize, it is the development of the machine concept. In order to achieve the highest possible accuracy with very high dynamics, the implemented machine concept is already very convincing. Of course we are proud of this and can rightly say that we have once again achieved something good.

Editorial team: What have you, personally, gained from the project?

Wolfgang Miller: It is a very exciting new area for VOLLMER, and I have learned a lot from it. Thanks to the interdisciplinary team and the ideas from the individual departments, I was once again able to experience how much VOLLMER is working together to achieve a common goal.