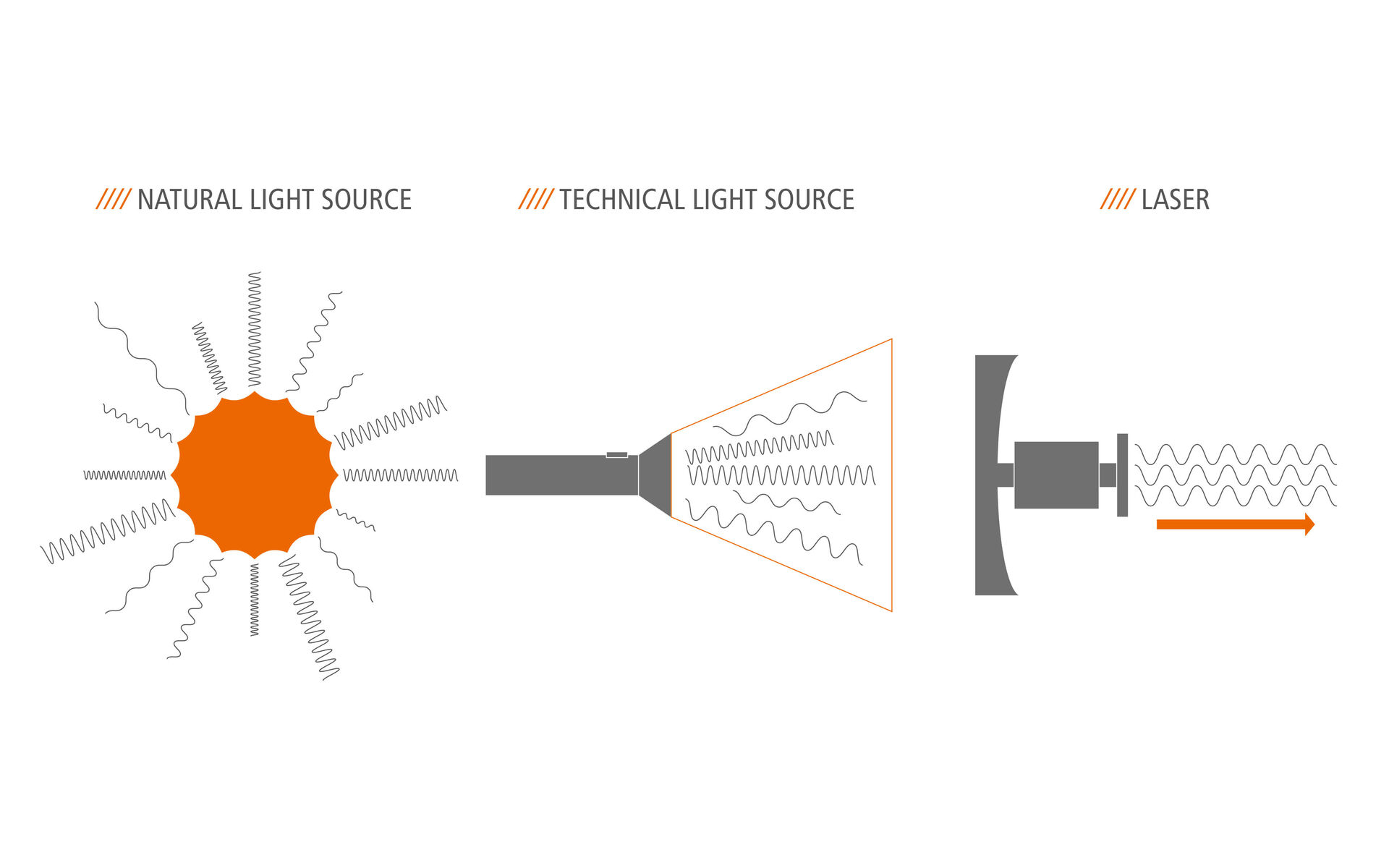 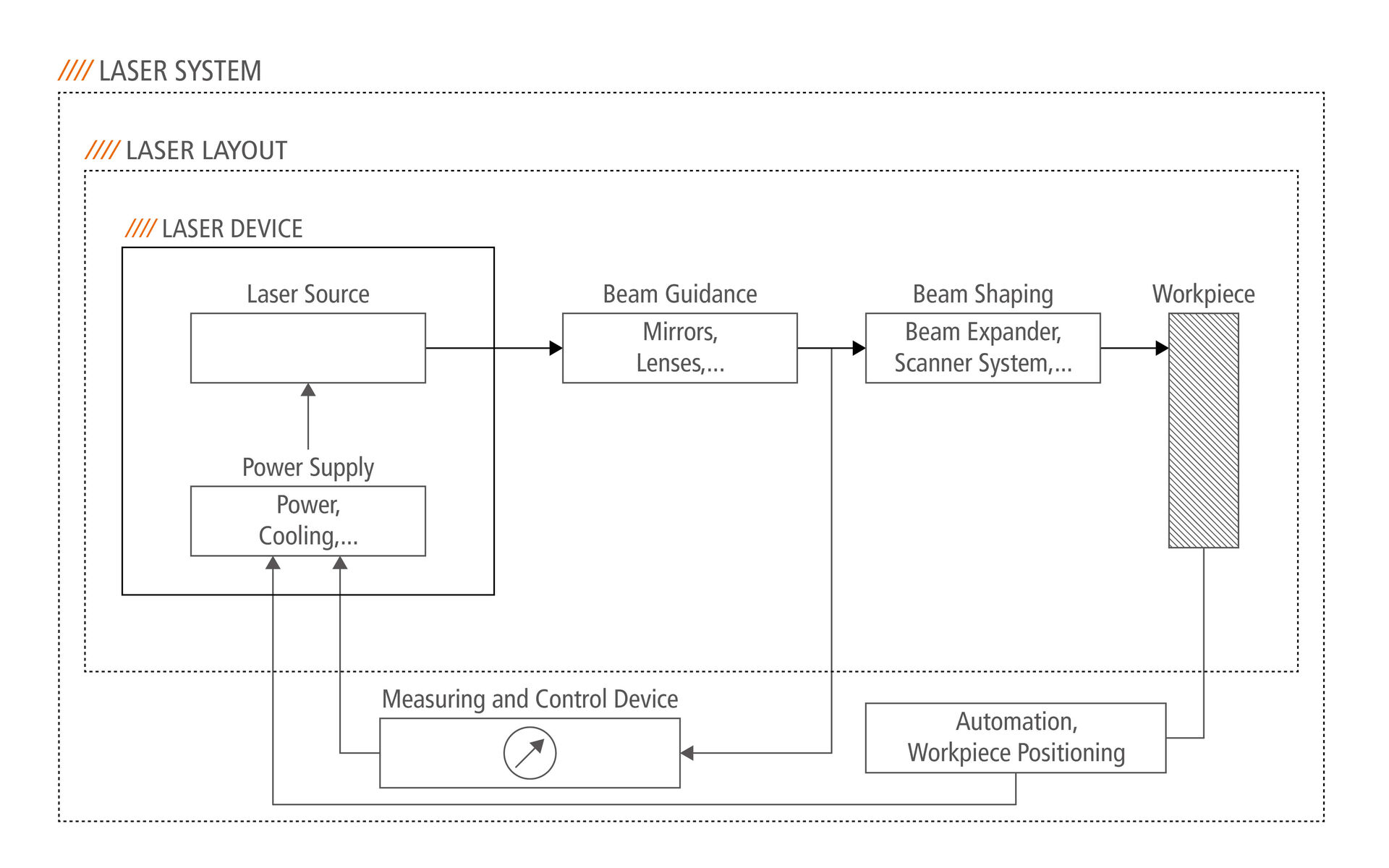 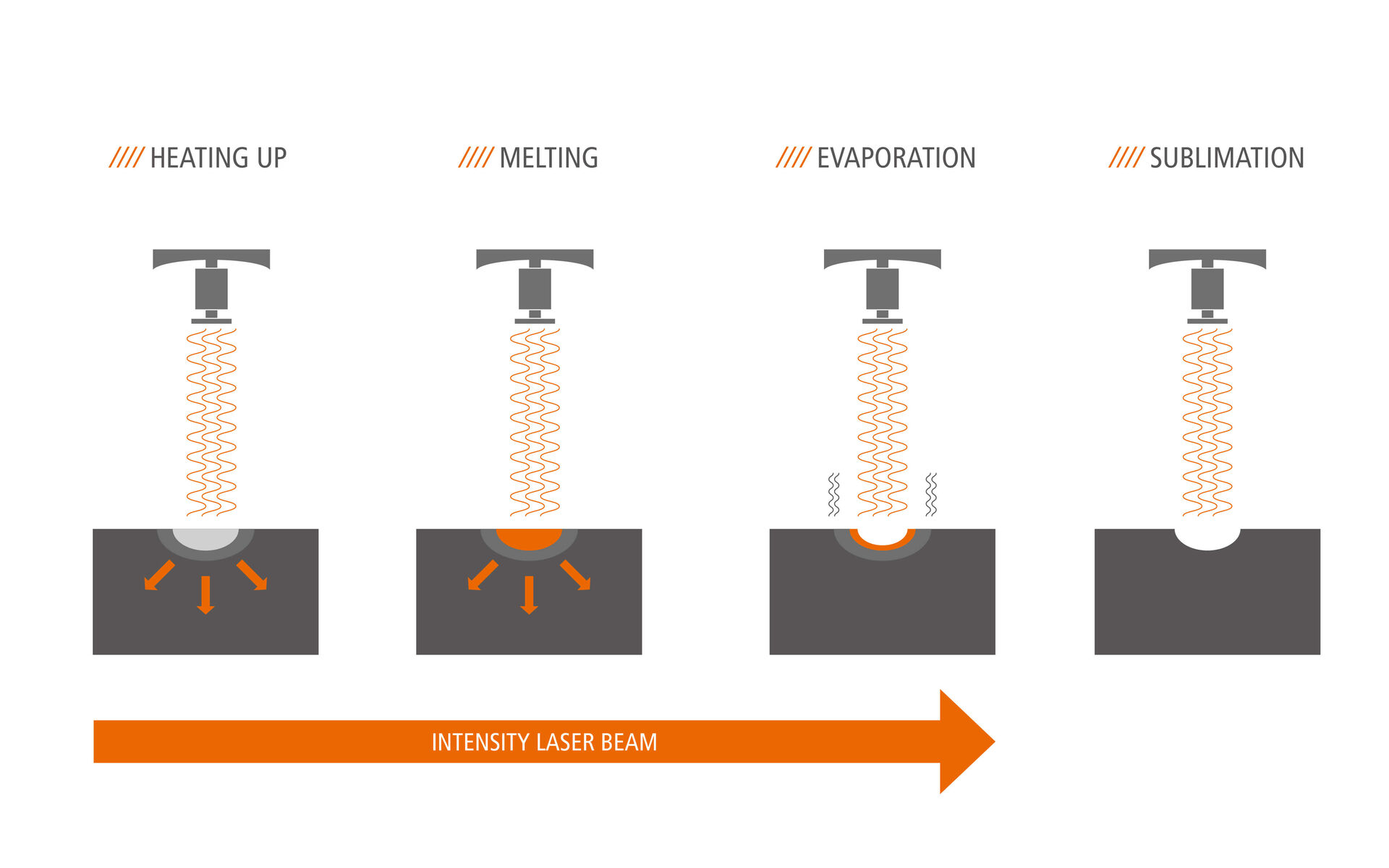 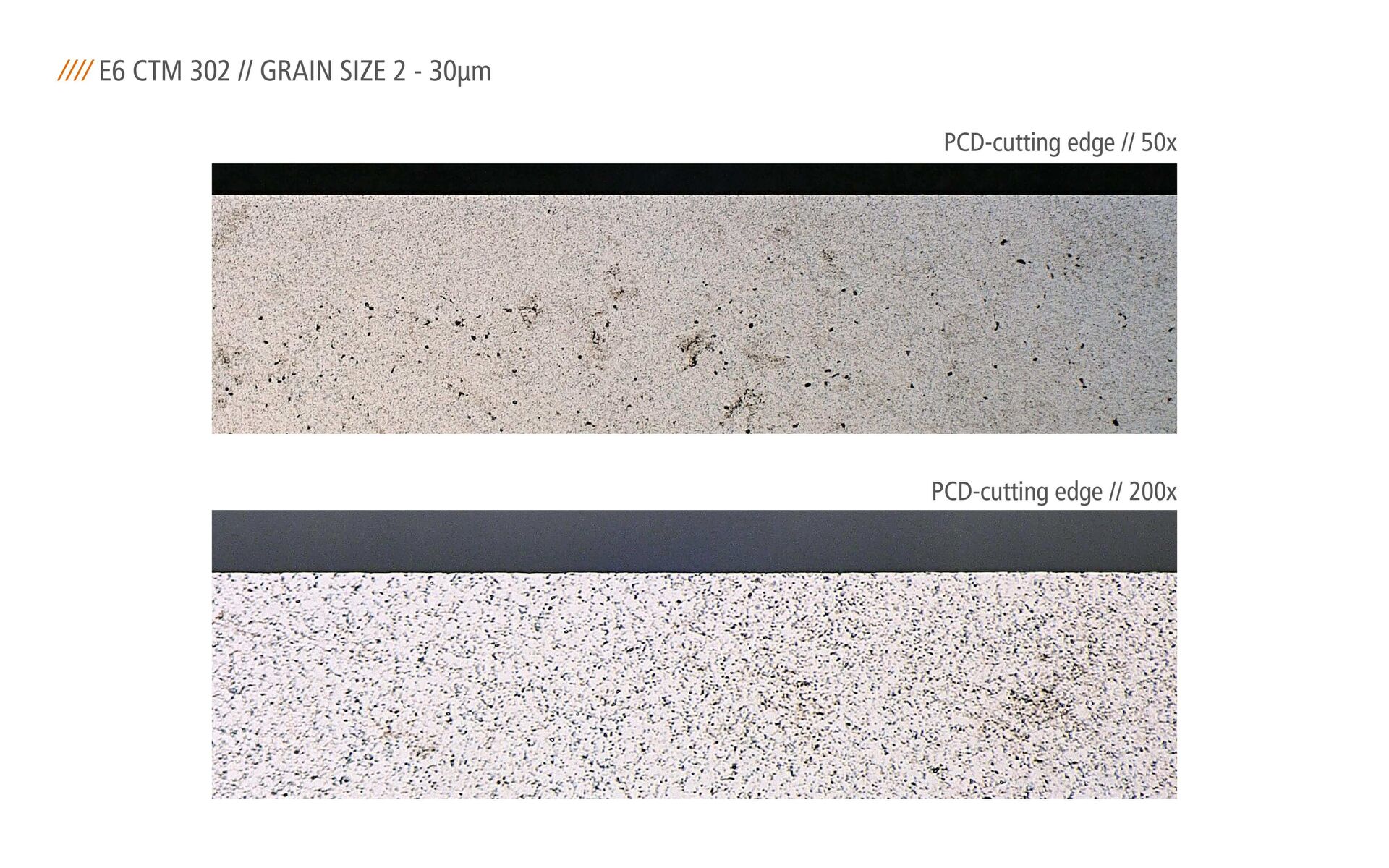 Our lives are influenced by lasers more than we are aware of at first. In medical technology, for example, laser intervention treatments allow operations inside the eye. In everyday life, we use laser light in Blu-ray Discs or the Internet works via fast communication using laser light in fiber optic cables. And this is only a small excerpt from a list of applications.

The word laser is an acronym that stands for "Light Amplification by Stimulated Emission of Radiation". But what exactly is a stimulated emission?

When atoms absorb energy from outside, their electrons move from a lower level (low energy state) to a higher level (high energy state). This is called the "excited state". This state is unstable, the atom immediately tries to return to the low energy state. This attempt is called “transition”. The previously introduced energy is emitted again in the form of light. This phenomenon is called "natural emission". The emitted light collides with other atoms that are in a similar excited state, which triggers the "transition" in these atoms as well. This further intensified emission of light is called stimulated emission.

What distinguishes a laser from a regular light source?

With a conventional light source such as a lamp, the light waves scatter in different wavelengths in all directions. Usually this is a mixture of different colours, which in sum appear white. A laser, on the other hand, emits bundled light waves at a single wavelength and has almost no scattering. A laser beam is coherent, which means that the light waves with their peaks and valleys oscillate in perfect synchronization. We make use of this characteristic with the VLaser 270 in tool machining: The intensity of the laser energy is stable for a long time by the coherence and can be bundled even further by lenses. When the laser beam hits the material surface of the tool, it is absorbed and thus heats the material. This heat development leads to the fact that material can be removed or completely vaporized.

A laser for high-quality cutting edges

The VLaser 270 uses an economical laser in the short pulse range for this purpose. Due to the combination of short pulses and high pulse energies, almost any material changes very quickly from the solid to the gaseous state. Even ultra-hard materials such as PCD, CVD and MCD vaporize easily - the laser works its way through the diamond as well as the bonding material and cuts through it perfectly. In this way, the cutting edges and also the necessary chip grooves can be produced with the most precise quality and shape accuracy. The result: high-quality cutting edges with ultra hard cutting materials.